Why Does a New MAX Line Take So Long to Plan?

We started talking about it a decade ago, but the new light rail line is still almost 10 years away. Why?

Portland’s first light rail, the Blue Line, began service between Downtown Portland and Gresham in ‘86. Since then we’ve continued to grow, and now the Metropolitan Area Express is the fourth busiest light rail system in the country with nearly 39 million rides per year and over 60 miles of tracks.

Our next light rail project, the Southwest Corridor, will connect Bridgeport Village and Tigard to Downtown Portland and the existing Green Line. Residents will get better access to employment, education, and housing options, plus more connections to natural areas. And as always, more public transit options equals less air pollution and traffic. But how did the Southwest Corridor project get picked, and what needs to happen before the trains start running in 2027?

From Vision to Reality

All the way back in 2009, Metro (the regional government responsible for planning large-scale projects) adopted a 30-year plan to guide investments in transit. One of the goals was to identify which travel corridors should become candidates for federal transportation dollars.

Of the 18 corridors originally considered, it became obvious that the SW Corridor would need the most attention — by 2035, an estimated 75,000 more residents are expected to live between Downtown Portland and Tualatin. Other options such as buses and streetcars were examined, but light rail ultimately proved to be the best fit because it:

In 2011, Metro released the official Southwest Corridor Plan and began assembling committees to take charge of the planning. Raising a new MAX line really does take a village, so Metro has been working alongside TriMet, Oregon Department of Transportation, Washington County and the cities of Durham, Portland, Tigard, Beaverton, Sherwood, King City and Tualatin to keep this project on track.

The Steering Committee, comprised of officials from those jurisdictions, made key decisions and final recommendations — including the final route and mode (high capacity light rail).

The Community Advisory Committee made recommendations to the Steering Committee based on a wide range of community perspectives.

Power to the People

Also in 2011, Metro and partner agencies (hey, that’s us!) began reaching out to the public for input on the overall scope and goals of the plan. Through focus groups, online surveys and public meetings, project leaders learned more about the communities’ values and visions for the future. That feedback was crucial to the overall design of the plan.

The Steering Committee also received help from community members, business leaders and affordable housing advocates to determine other projects that could be bundled with the new line. Those projects now include roadway improvements as well as sidewalks, bicycle lanes, a PCC-Sylvania shuttle, and strategically located Park & Rides.

In order to plan an equitable future for all residents, Metro was awarded a federal grant to create the SW Corridor Equitable Development Strategy. Guided by a team of advocacy organizations, community leaders, private businesses, and local governments, the plan will attempt to ensure that major projects like Southwest Corridor work towards the community’s goals.

It outlines strategies for expanding affordable housing and improving access to jobs and educational resources, both of which will help households keep up with inevitably rising costs.

Skipping ahead to 2016, after two years of public outreach, staff meetings and technical analysis, Metro put its stamp of approval on the proposed plan and launched into the environmental review phase.

To receive federal funding, Metro is required to complete an Environmental Impact Statement (EIS), an in-depth analysis of the positive and negative impacts including everything from environmental and ecosystem impacts to effects on transportation, economics, communities, safety, aesthetics and much more.

In June 2018, the Draft EIS was released to the public.

By August, the Steering Committee had selected a 12-mile light rail route following Barbur Boulevard and I-5 to Tigard and Bridgeport Village. That route, officially called the Locally Preferred Alternative, was approved by The Metro Council in December 2018. In January 2019, TriMet became the lead for the design and construction of the the SW Corridor Light Rail Project and established new committees to provide guidance to the project.

And really, that was just the beginning.

Now the design and execution of this $2.7 billion project is in our hands. We’ll need a lot of feedback from communities and individuals along the route, so keep your eye out for public forums and online surveys.

The Final EIS is set to be finished in early 2020. That report will use more detailed designs, address public comments and confirm some of the solutions proposed in the first draft.

The funding for this project relies on a combination of federal, state, regional, county, city and private funds.

The Greater Portland Region will vote on a regional funding measure in November of 2020. If that’s approved, federal funding (which will cover about half the cost) may come as soon as 2022 through the FTA’s New Starts Program.

Construction is scheduled to begin in 2023 and will likely take about four years.

If all goes according to plan, service will begin in 2027. On an average weekday in 2035, we expect the new line will carry upwards of 43,000 riders between Bridgeport Village and Downtown Portland in just 30 minutes. That means fewer cars sitting in I-5 traffic, and more options for those without a personal vehicle. We’d call that a win-win situation.

You can get involved by attending a meeting or signing up for notifications. And if you’re eager to learn more, every public document can be found in Metro’s project library. 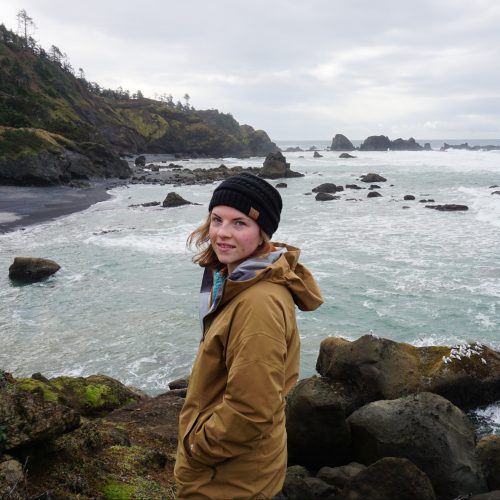