Thanks to New Funds, Transit Is About to Get a Lot Better

For the first time ever, the Oregon Legislature has established statewide funding for general transit service.

This is huge, exciting news.

House Bill 2017 is a $5.3 billion package for improvements in Oregon’s transportation systems. It includes a new employee payroll tax specifically for transit, which will benefit public transportation throughout the state. We expect TriMet’s share to amount to about $35–$40 million annually, with funds becoming available in January 2019.

With a growing population and increasing congestion in the metro area — and with our most popular routes running at capacity — it’s easy to make the case for investments in more and better transit. Still, a new tax can be hard to swallow, so let’s go over some facts about how this will work and what we’ll do with the funds:

We’re thrilled to be able to implement the low-income fare program we’ve been considering for the last year. This could mean half-price fares for individuals and families below 200% of the federal poverty level. (Based on 2017 guidelines, this would be available to individuals with an annual income up to $24,120 or a family of four with an annual income up to $49,000.)

This is a top priority because we believe everyone should be able to count on transit to connect them to jobs, services, school and appointments — regardless of how much money they make. Thanks to this new funding, we’ll soon be a lot closer to that vision. 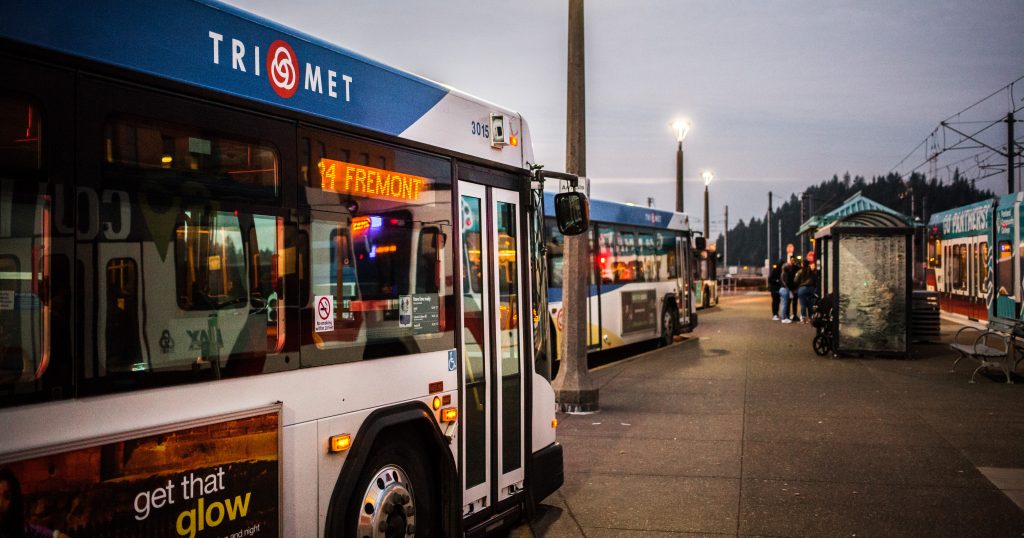 We’ll also use the money to expand service to low-income communities. By extending bus routes and increasing frequency in these areas, we’ll provide better connections to employment, services and recreation. We believe that access to transit is access to opportunity.

Finally, we’ll prioritize adding bus service to the busiest corridors in the area. This funding will go a long way toward helping us keep up with the increasing demand for transit — especially in quickly growing communities. More than anything, we know that riders want more frequent service.

The bill was passed easily, and with more bipartisan support than predicted — highlighting Oregon’s urgent need for better transportation. And with the payroll tax portion of the bill come a few stipulations: 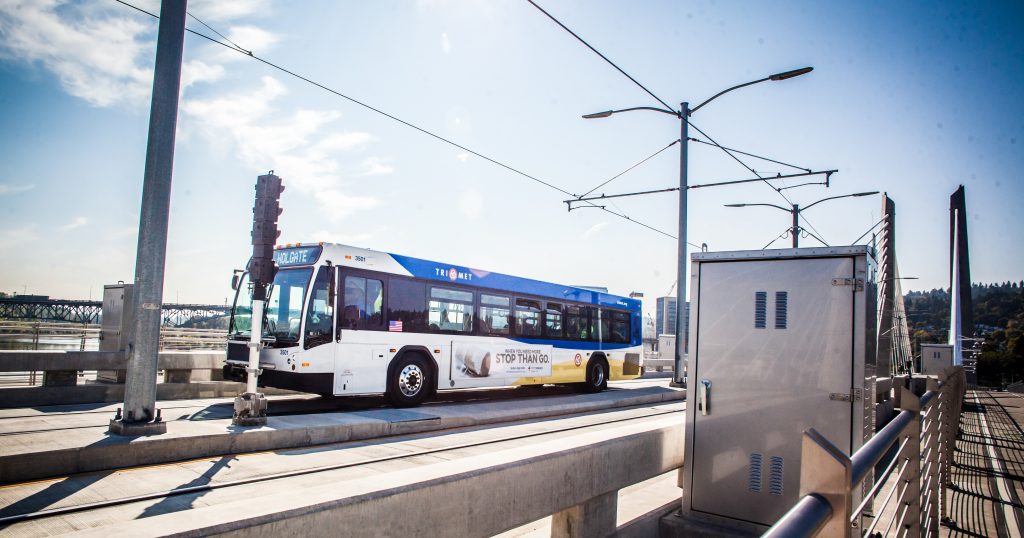 Elements of the bill Governor Kate Brown signed today, like the payroll tax, will go into effect July 1, 2018. We expect the transit funds to become available around January 2019.

As we noted above, we already have a blueprint for the low-income fare program. We also have plans for the bus service we’d like to add — these were developed over years with the help of riders, residents, neighborhood groups, governments, schools and businesses. Basically, we’re ready to begin putting the money to good use right away.

This couldn’t have happened without you

Your support has been critical to making this new legislation happen. By taking the bus or train, and especially by emailing, texting or sharing your thoughts with legislators in-person, you made the case for why transit works. We can’t thank you enough, and we can’t wait to bring you more and better service.

Want to stay in the loop about the transit improvements we make? Sign up for  Riders Club emails.